Wing Chun produces efficient and adaptable fighters in a relatively short time by sticking to several core principles and constantly drilling on them. A very generic approach to applying techniques is also taken. Instead of training a response to a specific attack or technique, the student trains to guard various zones of the body and deal with whatever happens to be in that zone. This allows for a minimum of technique to cover a maximum of applications, and for the use of automatic or “subconscious” responses.

The important concept in Wing Chun is not to use force against force. Generally, a Wing Chun practitioner will seek to use an opponent’s own force against him, which allows a weak fighter to overcome stronger opponents.  A great deal of training is devoted to this concept with the goal of cultivating “Contact Reflexes”.

The idea behind contact reflexes is that the moment you touch or make “contact” with your opponent, your body automatically reads the direction, force, and often the intent of the opponent’s body part you are in contact with.  This reflex, when combined with the zoning concepts, allows the Wing Chun practitioner to automatically  (subconsciously) deals with an opponent’s attack using an appropriate.

There are many Wing Chun Theories a Practitioner my use to define what he/she does when in a threatening situation. Below is a short list of what we at Wing Chun international consider to important in giving a student the core principles for each phase of there journey.

Life is full of obstacles and as a Wing Chun Practitioner your role is to remove any thing that gets in the way of completing your goal.

A Wing Chun practitioner must learn to borrow the energy of the attack by way of deliberately yielding. The energy the Practitioner receives from the attack is redirected towards the attacker immediately adding his/her own force to it.

To begin with there are three center lines: 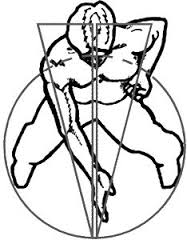 In the Wing Chun stance, the elbow of the forward hand is placed a fist distance away from the chest. Most of the blocks and parries performed by the forward arm are made without moving the elbow from its central location between the forward and rear gate and between the upper and middle gate. By doing this the practitioner reduces the chance his or her opponent will penetrate the gates and maximise the potential to respond quickly to an attack of either the upper or middle gates.

This is a defensive technique where you mirror the position of your opponent’s hands and body as you face them. This places your hands ready to defend yourself so you can respond quickly to an attack. It also helps by reflecting the posture and attitude of your opponent, making you look less like a victim and more like an equal.

This refers to the points of articulation in the human body. Depending upon your interpretation these can be:

This concept is from the multiple assailants fighting program in your training. When faced with multiple opponents, your 1st objective is to identify a point of escape.

Head Down, Tail Up

This saying is most commonly used in reference to Bong Sao where the elbow position is either in Bong Sao or Tan Sao it can also be referred to the Biu Tze form when regaining balance.

These theories are linked to the Biu Tze and Wooden Dummy forms of Wing Chun.

Economy of motion is another aspect of Wing Chun to consider. All your strikes and block need to go through the most direct route, the shortest distance in the quickest amount of time. Wing Chun moves are not big flowery movements like that of other martial arts. Sometimes you do not have much time to perform your block before you get attacked, especially if you are caught off guard. This idea also helps conserve energy.

A major principle of Wing Chun is Centre line theory. Your center line runs down the middle of your body, from the top of head, down through your chest to your lower body. The center line is the most vulnerable part of your body. You must protect the center line at all times with your defence and strikes, always attack down your center line. Everything in Wing Chun revolves around this theory, with practice of Siu Lim Tao this will be realised.